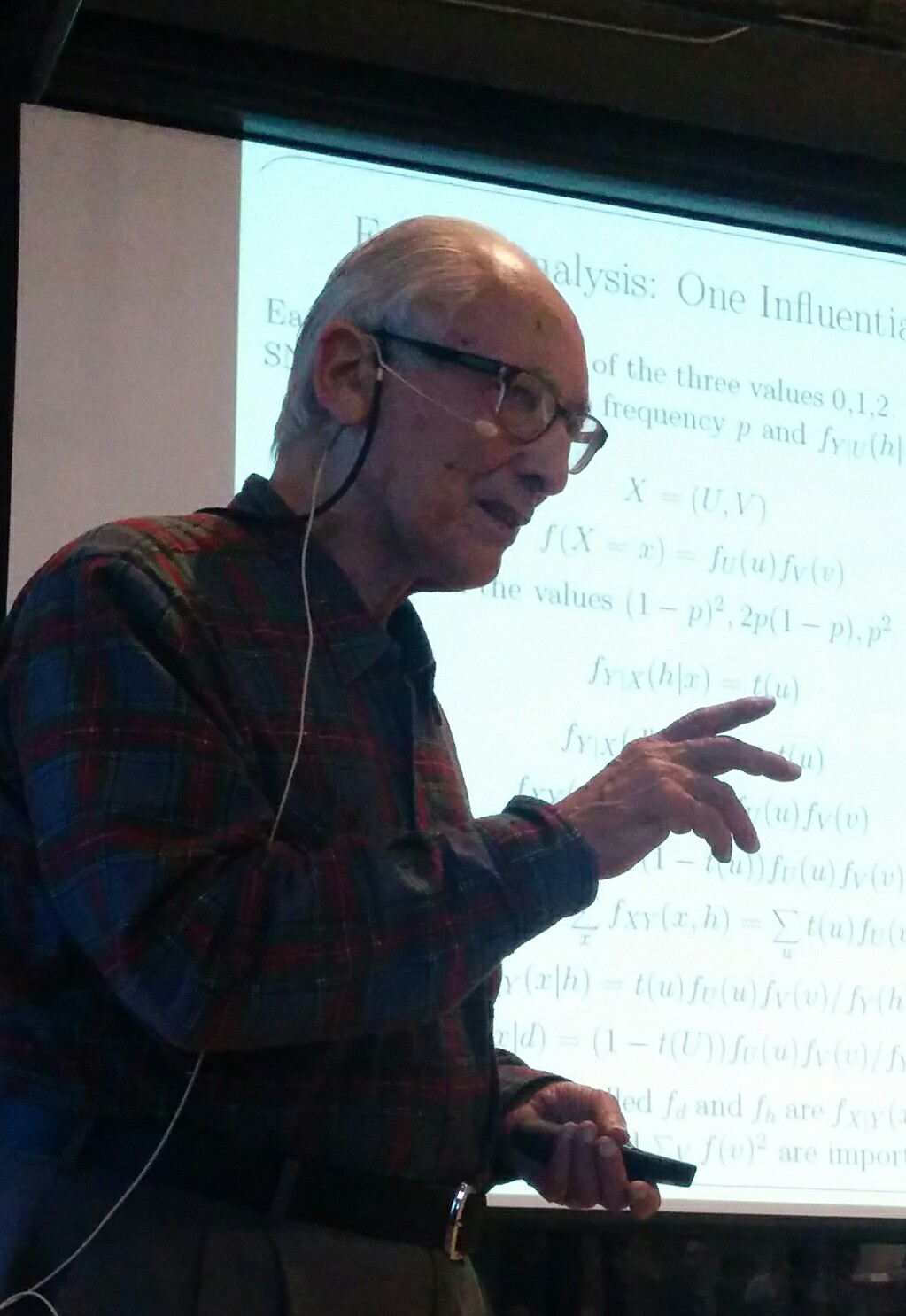 Herman Chernoff is emeritus professor of statistics at Harvard University and emeritus professor of applied mathematics at the Massachusetts Institute of Technology (MIT). Throughout his career, Herman made many long-lasting contributions as a scholar and teacher in statistical science, with many contributions bearing his name, from foundational measures such as “Chernoff distribution” to mathematical theorems such as the “Chernoff bound” to practical tools such as “Chernoff faces.” As a preeminent scholar in Statistics, he has received numerous honors, including being elected as the president of the Institute of Mathematical Statistics and as an elected member of both the American Academy of Arts and Sciences and the National Academy of Sciences. A symposium in honor of Herman in celebration of his 95th birthday was held at Harvard University on April 27, 2018, and NESS Council is in the process of establishing the Herman Chernoff Award in his honor.

His first published paper in statistics, and part of his thesis, is titled “Asymptotic Studentization in Testing of Hypotheses.” From 1947 to 1949, Herman worked as a research associate at the Cowles Commission for Research in Economics at the University of Chicago, where several associates would eventually earn Nobel Memorial Prizes in Economic Sciences for research performed at the Cowles Commission. He worked with Herman Rubin (currently an eminent professor of statistics and mathematics at Purdue University) and Kenneth Arrow (who was awarded the Nobel Prize in Economics in 1972) during his time at the Cowles Commission. From 1949 to 1952, Herman was on the faculty of the Department of Mathematics at the University of Illinois at Urbana, where he was appointed to associate professor in 1950. While taking leave from there, he was invited by Kenneth Arrow to visit Stanford University from the summer of 1951 to January 1952. While at Stanford, he accepted a permanent position in the Department of Statistics at Stanford University in 1952 and started as an associate professor before becoming professor in 1956. He remained at Stanford University for 22 years. During his early years at Stanford University, he worked on the topics “Measure of Asymptotic Efficiency,” which led to the result later known as “Chernoff’s bound,” and “Locally Optimal Designs.”

Regarding the later, if there is interest in estimating a parameter when there are several nuisance parameters, Herman was able to show that, if there are k parameters altogether and interest is in one function of these parameters, then a researcher needs at most k of the experiments that are available to be performed, in certain proportions, to get an (asymptotically) optimal design; therefore, for a problem where experiments yield data depending on k parameters and only one is to be estimated, an optimal design requires at most k of the available experiments to be repeated independently in certain proportions. This result generalizes so that if a researcher wants to estimate two functions of the parameters, then he or she would need at most [k + (k-1)] of the available experiments.

Following his early works, Herman contributed significantly in sequential testing of hypotheses where there is an incentive to use a mixture of experiments. He proved the asymptotic optimality of a sequential design procedure using randomized experiments, Kullback-Leibler information numbers, and a trivial stopping rule, assuming that there were only a finite number of states of nature and a finite number of distinct experiments available. This result was later generalized by his students and other researchers.

His contribution to nonparametric statistics was collaborative with Richard Savage when they worked on Lehmann and Hodges conjecture regarding a nonparametric competitor to the t-test. This scholarship gave rise to the result known as the “Chernoff-Savage theorem.” In the 1970s, Herman also worked on multivariate analysis where he creatively used human faces, known widely now as “Chernoff faces,” to visualize high-dimensional data. In general, Herman has worked on many highly theoretical topics and real-life applications, including an examination of an FBI report that claimed to prove that President Kennedy was killed by a shot from the Grassy Knoll at Dealey Plaza.

In 1974, Herman moved to the MIT as a professor of applied mathematics with the expectation to develop a statistics program with a strong emphasis on applications. During his years at the MIT, he wrote about the Massachusetts Number Game and became also interested in statistical problems in the lottery. In 1984 he joined the Department of Statistics at Harvard University, where he retired in 1997, but remains on ongoing presence in the department and continues with research activities.