This session is jointly sponsored by the Statistics department and the Research Methods, Measurement, and Evaluation program, University of Connecticut (UCONN), New England Statistical Society (NESS) and Statistical and Applied Mathematical Institute (SAMSI) as part of online interdisciplinary seminar series on statistical methodology for social and behavior research.

Topic: The Collapse of Scientific Standards in the World of High Visibility Survey Research

In parallel to the explosion of the replication crisis across the sciences, survey research has experienced its own crisis of credibility – and very publicly. Election after election, pre-election polls in recent years in the U.S., Britain, Israel, and elsewhere have been widely viewed as inaccurate. After each failure to accurately predict election outcomes, the survey research profession has implemented a self-study to try to explain its inaccuracies, presumably in order to learn useful lessons for improving practices. And yet inaccuracies have continued unabated. This talk will review the evidence of inaccuracy and propose and test an explanation that has received little attention: that leading survey researchers have all but abandoned well-validated scientific procedures for data collection and data analysis and have misrepresented their procedures as having more scientific integrity than they in fact have. Interestingly, the lessons learned have implications for academic research in the social sciences, in medicine, and in other fields. 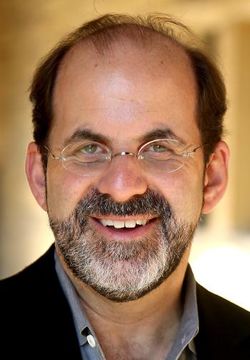 Dr. Jon Krosnick is the Frederic O. Glover Professor in Humanities and Social Sciences, Professor of Communication, Political Science and Psychology at Stanford University. He also directs the Political Psychology Research Group and the Summer Institute in Political Psychology. Author of four books and more than 140 articles and chapters, Dr. Krosnick conducts research in three primary areas: (1) attitude formation, change, and effects, (2) the psychology of political behavior, and (3) the optimal design of questionnaires used for laboratory experiments and surveys, and survey research methodology more generally. His attitude research has focused primarily on the notion of attitude strength, seeking to differentiate attitudes that are firmly crystallized and powerfully influential on thinking and action from attitudes that are flexible and inconsequential. Dr. Krosnick is a fellow of the American Academy of Arts and Sciences and the American Association for the Advancement of Science. He earned: the Erik Erikson Early Career Award for Excellence and Creativity in the Field of Political Psychology from the International Society of Political Psychology; a fellowship at the Center for Advanced Study in the Behavioral Sciences; the Phillip Brickman Memorial Prize for Research in Social Psychology; the American Political Science Association’s Best Paper Award; the American Association for Public Opinion Research Student Paper Award; the Midwest Political Science Association’s Pi Sigma Alpha Award; and the University of Wisconsin’s Brittingham Visiting Scholar Position.